413 Views
Comments Off on Ghor Afghanistan
0 0

Written by
Share Tweet Pin it Email WhatsApp
#Ghor also spelled Ghowr or Ghur, is one of the thirty-four provinces of Afghanistan. It is located in central #Afghanistan, towards the north-west. The #province contains ten districts, encompassing hundreds of villages, and approximately 657,200 settled people. Chaghcharan serves as the capital of the province.
The name “Ghor” is a cognate to Avestan gairi-, Sanskrit giri- and Middle Persian gar, in modern Persian koh-, Sogdian gor-/gur-, in later developed Bactrian language as g´wrao-, meaning “mountain”, in modern Pashto as ghar-, in Pamir languages as gar- and ghalcca- (“mountain”).
The inhabitants of #Ghor were completely Islamized during the Ghurids era. Before the 12th century, the area was home to Hindus, Zoroastrians, Buddhists, and a small number of Jews. Remains of the oldest settlements discovered by Lithuanian archaeologists in 2007 and 2008 in Ghor date back to 5000 BC. Ruins of a few castles and other defense fortifications were also discovered in the environs of Chaghcharan. A Buddhist monastery hand-carved in the bluff of the river Harirud existed in the first centuries during the prevalence of Buddhism. The artificial caves revealed testimony of daily life of the #Buddhist monks.
photo by:hanming_huang 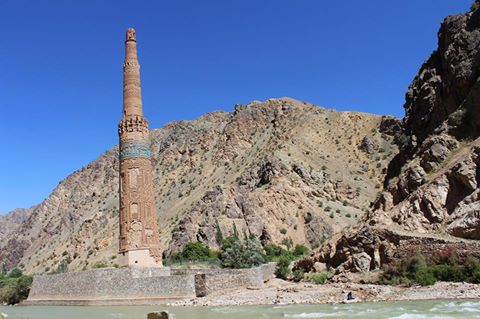