Three disabled people who use wheelchairs due to their disability have now managed to travel narrowly with the efforts of doctors. This is a great new success.

This success was shaped by planting an electrical device along the backbone. An electrical device that strengthens brain signals to the legs. This device has also appeared, and has even contributed to the growth of the neural cells in the spinal cord of these people.

Researchers hope that this unexpected benefit – cell re-growth – will eventually give some people with disabilities the opportunity to move independently. 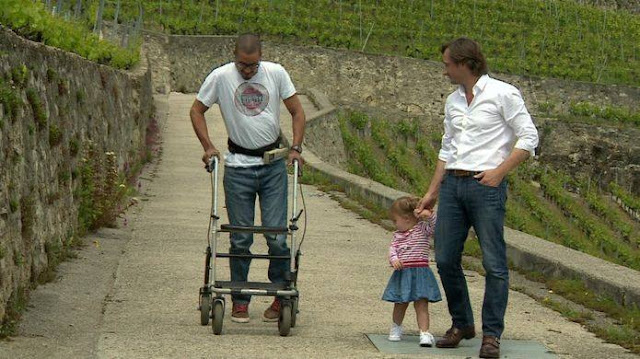 The first disease that was treated with this outbreak was David McMillan, 30, a Swiss resident, according to the BBC. He suffered severe injury in the spinal cord and spinal cord seven years ago, and doctors told him he would not go away anymore.

However, he now can walk about half a mile (800 m) thanks to an electric device invented at the Lausanne Federal Polytechnic Institute.

What surprised Dr. Curtin was that the device implanted next to the spinal cord had an effect beyond David’s.

“The completely unexpected problem we saw was spinal cord enlargement,” she says. “We’ve seen in animals that nerve fibers appear to grow up again and connect the brain to the spinal cord,” he says.

As a result, even when the device is off, David can take up to eight steps, and this is the first time that such a success is recorded in the history of chronic spinal cord injuries.

However, this device is now expensive and can not be used for everyday use in the normal environment, so it can not be easily called “cure”.

“It can not be said that this is a practical option for patients in the current form, but it shows that the applicable model of what to stimulate regrowth,” said Dr. Mark Bacon, executive director of the Center for Spinal and Spinal Cord Research. (Spinal cord nerve cells) and that ultimately the disability can be cured. “