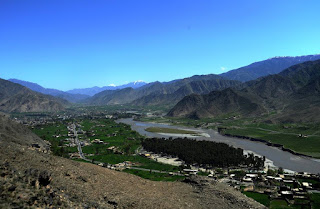 #Kunar is one of the 34 provinces of #Afghanistan, located in the northeastern part of the country. Its capital is #Asadabad. It has a population of about 428,800, most of which are ethnic Pashtuns with about 5% being Nuristanis. 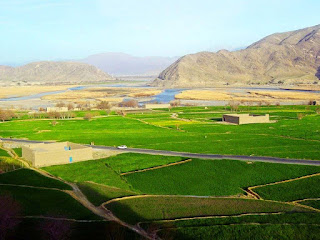 The primary geographic features of the province are the lower Hindu Kush mountains which are cut by the Kunar River to form the Kunar Valley. The river flows south and southwest from its source in the Pamir area and is part of the Indus River watershed via the Kabul River which it meets at#Jalalabad. The Kunar is a primary draining conduit for the Hindu Kush basin and several tributaries, including the Pech, form distinct and significant valleys in the area. The mountains, narrow valleys with steep walls, and rivers present formidable natural obstacles and have impacted all movement through the province throughout history. Even in the early 21st century, movement on foot, with pack animals, or with motorized vehicles is extremely limited and channeled due to the significant geographic restrictions.
Article Categories:
AFGHANISTAN · Kunar